Dr Richard Pike, the newly-appointed Chief Executive of the 43,000-member Royal Society of Chemistry, will bring to the organisation extensive career experience and personal interests in the chemical sciences, especially in the linked global issues of energy and the environment. 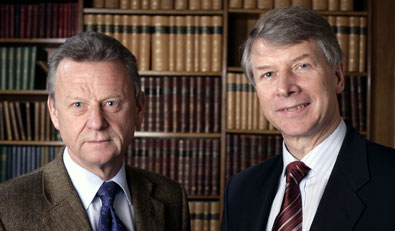 Dr Pike has worked in a wide spectrum of scientific, engineering and management roles in the UK and internationally, with a long track record in the chemical sector notably in the oil, gas and petrochemicals industries.

"I have enjoyed working close to many of the technical and commercial topics relating to energy, materials and the environment," said Dr Pike this week. "I have also experienced the excitement of research and the challenges of international operations and consulting. And I look forward to ensuring that the RSC maintains and develops its role in championing the vital role that the chemical sciences and those who practise them play in the future prosperity and well-being of the population, economy and environment".

Dr Pike, who is both a Chartered Scientist and Chartered Engineer, brings to his Royal Society of Chemistry role a portfolio of experience that complements many of the Society's current and future strategic objectives such as working for sustainable energy and the environment, better interaction with industry, support for education and publishing of journals, a field in which it is already a world player.

The RSC has in recent years widened its interests and influence in the Far East and Asia and therefore values Dr Pike's own experience working in Japan and Korea particularly as being a substantial asset in future developments in those regions.

Richard Pike graduated in 1971, obtaining both his bachelor's and doctorate degrees in engineering from Cambridge University. His research work investigated experimental and theoretical aspects of vapour bubble dynamics in boiling, focusing on the thermal and fluid characteristics of water and organic liquids in various gravitational fields, including Earth and zero gravity.

From being sponsored as an undergraduate, he had an almost 25-year career in BP, during which time he held a number of technical and commercial positions. These included Technical Manager of the Sullom Voe Terminal in Shetland, Scotland (then Europe's largest oil and gas processing facility), and General Manager, Chemicals, BP Far East. During this latter posting he was also appointed President, BP Chemicals, Japan, and Director, Samsung-BP Chemicals, South Korea.

After leaving Japan, Dr Pike was for five years Director General of the Institution of Mechanical Engineers, and Executive Vice Chairman, Professional Engineering Publishing. He later moved to become Senior Associate at Gaffney, Cline and Associates, advising on corporate strategy within the oil and gas industry, and leading international technical, commercial and organisational assignments throughout the energy supply chain, from reservoir management to processing facilities, petrochemicals and power.

Dr Simon Campbell, President of the RSC, said today: "We are delighted to announce Dr Pike's appointment. His track record and demonstrated abilities complement our corporate goals and we are confident that Richard will develop new initiatives to drive the RSC forward in the advancement of the chemical sciences.

"His arrival comes at a moment when the RSC is acknowledged for its robust defence and promotion of the chemical sciences in Westminster, as well as for notable achievements in publishing, education and public affairs. We believe that Dr Pike's skills and vision will take us to a new and even more prominent and effective level in the UK and internationally."