It puzzled a million people around the globe when it appeared, but now a baffling mathematics question taken from a Chinese pre-university exam paper has led to a winner in a hugely-popular Royal Society of Chemistry challenge.

David Brockley, aged 34, of Shoreham-by-Sea, near Brighton, England, a software engineer, has solved the maths question that raced around the world after appearing in UK newspapers and on the BBC website. 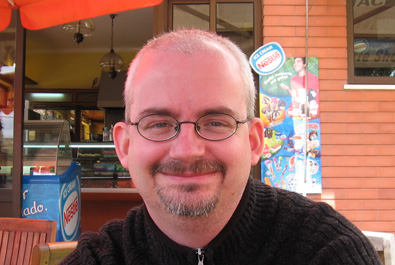 The father of a four-month-old baby son did the Chinese puzzle during a lunch-break at work.

The Cheshire-born former physicist whose hobby is astronomy, said today: "I am amazed and delighted. It's wonderful to have won a competition that was so popular in so many countries."

The Royal Society of Chemistry test to underscore the value of mathematics to the UK caused a phenomenal international stir that resulted in:

The Royal Society of Chemistry ran the £500 competition to highlight the difference in expectations between England and China in the content and standard of mathematics for chemistry students entering their first year at university. It also illustrated the unintended consequences of school league tables in England that adversely affects the teaching of mathematics in this country.

Dr Richard Pike, RSC Chief Executive, said he delighted with the response: "Such was the international interest that we decided to award an additional prize of £250 to the first overseas entrant, randomly selected from the submissions, who provided a correct solution.

"The question required knowledge of geometry within a prism, and the ability to visualise the orientation of lines and planes in three dimensions. This has application in the analysis of crystal structures, but is also relevant to art, engineering and architecture. The key to its solution was to recognise that the prism had the cross-section of a kite.

"The competition led to massive e-mail traffic, the establishment of Internet blog sites and newspaper articles in numerous countries as diverse as China, Iran and the USA. It also provoked wider discussion on the role of education, and the cultural and social reasons for differences in standards and expectations. "

The RSC plans to make available a consolidated report of the detailed background of the competition, and its potential implications.

At a later stage, Dr Pike said, there could be great benefit in discussing this further with the Department for Education and Skills and other stakeholders in education.

The two correct answers to questions requiring calculation of angles in an illustration were  (ii) 90 degrees and (iii) 39.2 degrees.

The winner of the UK prize is David James Brockley and an international prize was won by Henri Saarikoski who lives in the Netherlands. Both have been notified by email.

Try a question from the Chinese university entrance exam