RSC says chemistry is not just for boys!

The campaign group "Let toys be toys" have been in the media this week, pointing out that a number of high profile retailers classify chemistry sets as "boys' toys".

Professor Lesley Yellowlees, President of the Royal Society of Chemistry, welcomes Tesco's apology for this in their larger stores and on the Tesco Direct website. She thinks it's high time to dispel such myths. 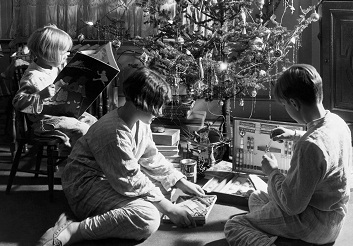 "I had a chemistry set when I was wee and I loved trying things like using the methylated spirit burner, dissolving things and experiments. It kept my interest in chemistry going. It's exciting and great fun."

"Labelling toys is simply appalling. There should be no toys labelled for either gender and, for the record, I never wanted a doll!"

Louise Archer, Professor of Sociology of Education at King's College London, has been leading a project called ASPIRES, looking into children's science aspirations and career choice.

Professor Archer says: "Putting toys, like chemistry sets, under gender headings is really not helpful - and may harm the good work that many educators have been engaged in over recent decades trying to dispel the myth that 'science is for boys'.

"Our research shows that both girls and boys aged 10-13 really like science. The ASPIRES project surveys of over 9000 primary school children and 5600+ secondary school students show that the majority of young people report liking science, with no gender differences.

"If anything, girls are slightly more likely than boys to say that science is their favourite subject. This shows that there is no credible basis for identifying science toys as 'for boys'. However, our research also shows that popular views of science careers as masculine do impact negatively on young women's ability to see science as a desirable or possible career route for themselves.

"Our research found that girls have to do lots more 'identity work' to reconcile their science aspirations with their feminine identity  and this means that - despite liking science - fewer girls end up pursuing higher science qualifications and careers, particularly in the physical sciences. This is problematic for a number of reasons and is something that the government and educators are keen to change.

"We would like to see society finding ways to help support girls and boys to see science as 'for everyone', rather than reinforcing unhelpful gender stereotypes."