The Phil Smith Trophy was first awarded in 2008 to a local Thames Valley school. The trophy commemorates the great work done by the late Phil Smith for schools in the Thames Valley area. Every year the trophy is awarded for a local schools competition run by the committee.

The RSC Top of the Bench competition took place at the new undergraduate teaching laboratories of the University of Oxford Chemistry Department on 21 November 2018 during Chemistry Week. Six schools competed with a laboratory exercise and poster competition on plastics. The winner of this year’s Phil Smith Trophy was Oxford High School. 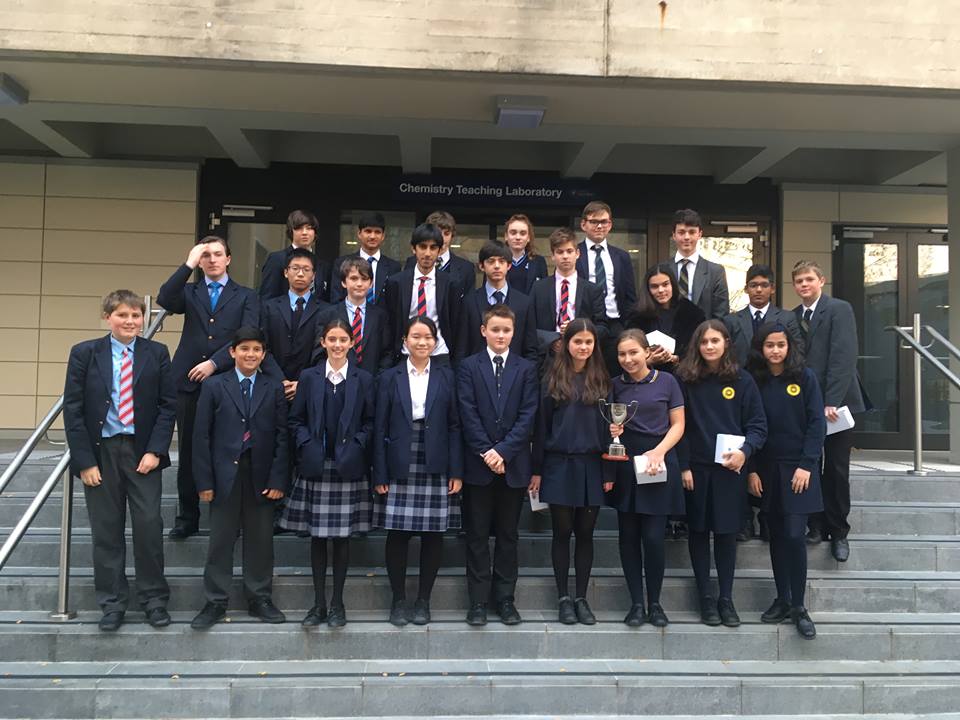 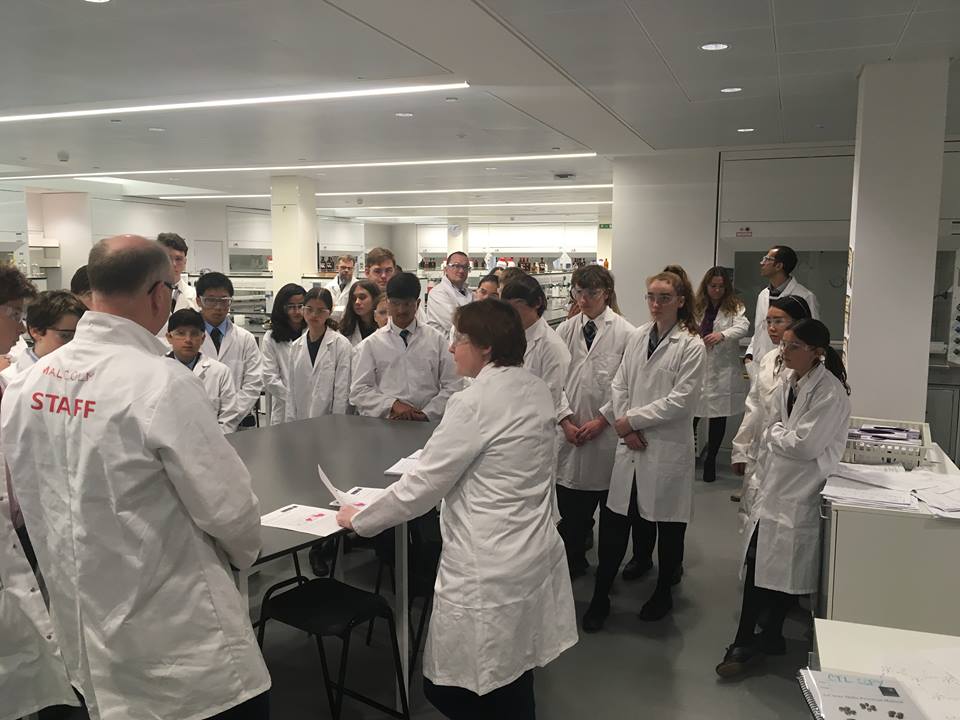 This years Phil Smith Trophy was awarded for the composition of a 'TXT message' to announce a scientific discovery using chemical symbols.  The competition was open to Thames Valley school pupils in Years 9 to 12, and the winners are as follows.  Congratulations, or should I say CoNGRaTULaTiONS!

The schools competition for this year's award of The Phil Smith Trophy was Molecule Model Madness.  Local school pupils were challenged to create a molecular model of their choosing using common household materials, and  to provide one sentence of why they chose their molecule.  This years winner is 'Fullerenes' by Joanne McCabe and Helen Wiggins (Fitzharrys School) - congratulations! 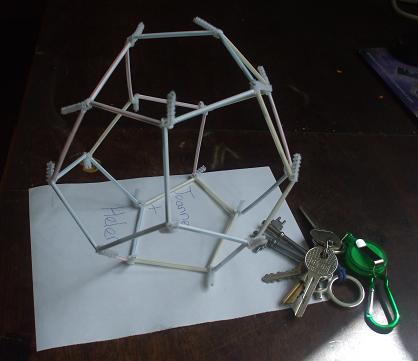 "We chose fullerene because it is an unusual structure and is used in nanotechnology." 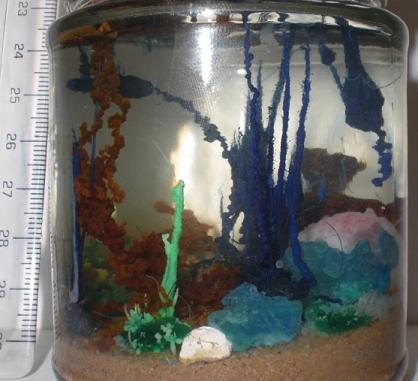 The schools competition for this year’s award of The Phil Smith Trophy was Crystal Growing, with the aim of producing a matched pair of alum crystals. The winning entry, from Didcot Girls School has been displayed in the Mineralogy Section of Oxford’s Natural History Museum, along with the winning entries of the Eastern Region Crystal Growing Competition organised by Dr Samantha Wynn of MRC Cambridge. 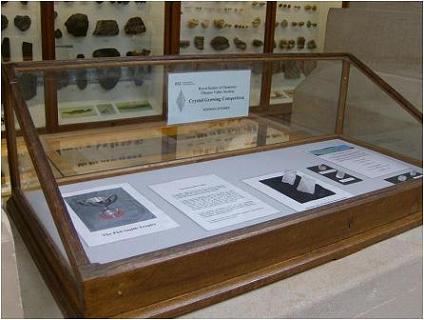 To make the inaugural award of the Phil Smith Trophy a special event, the objective of the competition was for schools to nominate an experiment that they would like to see performed in their laboratory and to have filmed for their future teaching resources. 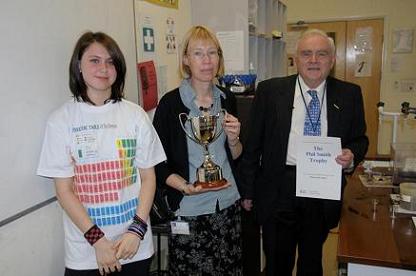 The winner selected was Didcot Girls School where Year 10 student Kirsty Emery (pictured above) had suggested the reduction of iron ore to iron with tests of the magnetic properties to prove the reaction had worked. 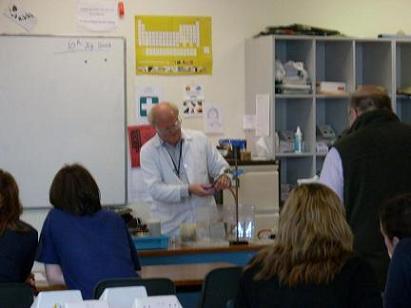 The presentation was made and the experiment performed on 10 July 2008.   To make it a memorable day for the school, our committee member Professor Russell Egdell was recruited to do the experiment, and then as an extra, an industrial version of iron oxide reduction, the Thermit process to weld railway track was demonstrated outside by a team from TWS Ltd of Derby led by Richard Johnson. 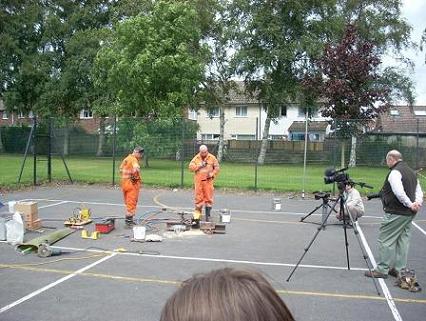 The Trophy was presented by Dr John White to Dr Lynn Nickerson, the school’s Science Club Coordinator and Kirsty received a T-shirt printed with a glow-in-the-dark Periodic Table.   The whole procedure was filmed by Gordon Rushton, a friend of Phil’s from their school days.   Although the local media had been informed, no reporters appeared but the event, and Phil, did get a mention on ITV’s ‘This Morning’ programme news report.