About the Dalton Community

Meet the members of the Council who are responsible for ensuring that the Community fulfils its purpose.

Mike obtained a BA in Chemistry from the University of Cambridge in 1986. This was followed by a PhD from the same institution in 1989, after which he became a postdoctoral research associate at the Université Louis Pasteur de Strasbourg in the group of Jean-Pierre Sauvage. 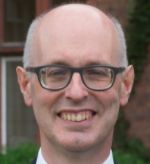 His research focuses on coordination and supramolecular chemistry, with emphases on photophysical properties of metal complex assemblies, and self-assembly and host-guest chemistry of coordination cage systems. He is the recipient of a number of awards including the RSC Corday-Morgan Medal and Prize (1999); RSC Sir Edward Frankland Fellowship (2000-2001); RSC Industrially-sponsored award for Chemistry of the Transition Metals (2005), RSC Prize for Supramolecular Chemistry (2016).

Rosalyn Falconer is a Marie Skłodowska-Curie Global Postdoctoral Fellow at the University of British Columbia in Vancouver, Canada. 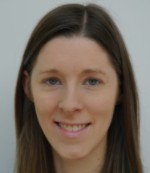 Rosalyn received her undergraduate degree in Chemistry (MChem) from the University of Oxford in 2013. She then moved to the University of Bristol for her PhD, where she joined the Chemical Synthesis Doctoral Training Centre. Under the supervision of Dr. Chris Russell and Prof. Doug Stephan, Rosalyn undertook research on the activation of small molecules by main group aromatic compounds, which included a placement at the University of Toronto in Canada.

After completion of her PhD, Rosalyn moved to the University of Edinburgh, where she worked as a postdoctoral research associate with Dr. Michael Cowley to synthesise low oxidation state aluminium (+1 and +2) compounds. In 2021 Rosalyn took up a postdoctoral position at the CNRS Laboratory of Catalysis, Polymerisation, Processes and Materials (CP2M) in Lyon, France in Surface Organometallic Chemistry.

Since 2022, Rosalyn has been a Marie Skłodowska-Curie Global Postdoctoral Fellow at the University of British Columbia with Prof Laurel Schafer in collaboration with Dr Chloé Thieuleux at the CP2M laboratory in Lyon, France. She is working on developing titanium catalysts for hydroaminoalkylation and hydroamination using surface organometallic chemistry.

She obtained a master in Industrial Chemistry (MSc) at the University of Messina in Italy. Then, with a PhD scholarship from the International Max Planck Research School (IMPRS), she carried out the PhD research at the Department of Inorganic Chemistry at the Fritz Haber Institute (FHI) of the Max Planck Society (MPS) under the supervision of Prof. Robert Schlögl and obtained a PhD from the TU Berlin in 2009. This was followed by 9 years of postdoctoral research in the field of heterogeneous catalysis, including a 2-year appointment as a Group Leader at the ‘Max-Planck Institute for Chemical Energy Conversion’ in Mülheim, Germany.

Her research interests are focused on the design of nanostructured systems for decarbonization technologies in green chemistry and energy storage and conversion. Her research strategy consists of establishing molecular level structure-function relationships through the controlled synthesis of tailored materials, testing and thorough structural characterisation, including but not limited to the use of innovative in situ synchrotron-based techniques such as X-ray photoelectron spectroscopy and X-ray absorption fine structure spectroscopy. Current projects focus the conversion of carbon dioxide and water splitting for H2 production. Recently, she is investigating the host/guest chemistry in metal-organic frameworks for the delivery of Aspergillus derived anticancer drugs.

James Walton is an Assistant Professor at Durham University. His research focusses on the synthesis and application of organometallic complexes as therapeutics and in catalysis.

James Walton completed his PhD in 2012, under the supervision of Prof David Parker at Durham University, studying emissive lanthanide complexes. He then worked as a postdoctoral fellow with Prof Jonathan Williams at the University of Bath, studying ruthenium complexes in catalysis. Since 2014, he has been an Assistant Professor at Durham University. His research focusses on the synthesis and application of organometallic complexes as therapeutics and in catalysis. In particular he has studied Ru complexes as HDAC inhibitors and organometallic complexes in catalytic C-H activation reactions. In 2015, he spent a short research visit in Switzerland at the EPFL, working with Prof Paul Dyson, funded through the RSC JWT Jones Travelling Fellowship. He was awarded the 2017 Inorganic Reaction Mechanisms (IRM) Young Investigator Award and is currently the treasurer of the IRM Group.

Charles O'Hara is a Senior Lecturer at University of Strathclyde, Glasgow. Research in his group focuses on the synthesis and utility of polar organometallic complexes, particularly those which contain two distinct metals.

Charlie O'Hara received his BSc(Hons) and PhD (with Prof. Robert Mulvey) in Chemistry from the Department of Pure and Applied Chemistry at the University of Strathclyde in 2000 and 2004 respectively. He remained there as a Fixed-Term Lecturer for one year, before taking up a PDRA position with Prof. Matthew Davidson at the University of Bath. He then returned to Strathclyde as a lecturer and was awarded an EPSRC Career Acceleration Fellowship in 2011 and was promoted to Senior Lecturer. Research in his group focuses on the synthesis and utility of polar organometallic complexes, particularly those which contain two distinct metals.

George Kostakis is a Senior Lecturer at University of Sussex. His group develops unconventional catalytic methods involving Cu(II) or bimetallic compounds and complexes for biological applications.

Dr Kostakis studied Chemistry (BSc) and became familiar with key areas of organic chemistry (MSc) and coordination chemistry (PhD) at the University of Ioannina (Greece). He then joined the Institutes of Inorganic Chemistry and Nanotechnology, KIT, (Germany) with Prof. Annie K. Powell to work on various aspects of supramolecular chemistry. In 2013, George was appointed Senior Lecturer at the University of Sussex. George’s group at Sussex focuses on groundbreaking aspects of coordination chemistry. It crosses boundaries by developing 3d/4f polymetallic complexes and low dimensionality benzotriazole-based coordination polymers as pre-catalysts, Cu(II) complexes for alkyne activation via radical pathway, molecular complexes for biological applications, and the Polynuclear Inorganic Clusters Database.

Izilda A Bagatin's research focuses on the synthesis and application of systems for use as ionic sensors (chemosensors), electroluminescent films (OLEDs), and the application of inorganic complexes in bioinorganic chemistry. She completed her Ph.D. in 1995, under the supervision of Prof. Henrique E. Toma at Universidade de São Paulo (USP), studying Ru-nitrosyls complexes with imine ligands.

Since 2009 she has been researching and teaching at UNIFESP-São Paulo, becoming Associate Professor in 2016. Her research focuses on developing supramolecular, organic, and inorganic systems for application in ionic sensors (chemosensors) and luminescent molecules for application in electroluminescent films (OLEDs).

Also, she has worked on inorganic complexes for application in bioinorganic chemistry. She is a Member of the Brazilian Chemistry Society (Sociedade Brasileira de Química) and a member of a collegiate course in Chemistry (Federal University of São Paulo). She is currently a Vice-coordinator of the PPgECM (postgraduate program in Chemistry and Material Science).

Timothy Easun obtained his MSci degree from the University of Nottingham, which included a final-year ERASMUS research project at the Università degli Studi di Sassari in Italy, before completing a PhD in supramolecular photochemistry with Prof. Mike Ward at the University of Sheffield in 2007. After a three and a half-year postdoctoral role working with Prof. Mike George developing solid-state spectroscopic methods to characterise photoinduced structure changes, and a year as an Inorganic Teaching Fellow, he took up a position as Senior Research Officer for Prof. Martin Schröder in the field of metal-organic frameworks (MOFs). In 2015 he began his independent research group at Cardiff University, before being awarded a Royal Society URF in the same year to study controlled guest uptake and flow in confinement within stimuli-responsive MOFs.

Having been enthusiastically involved in RSC activities throughout his career, he currently sits on the committees of the Macrocyclic and Supramolecular Chemistry Group and the RSC Porous Materials Group (PMG).

Anna Peacock is a Reader in Bioinorganic Chemistry in the School of Chemistry at the University of Birmingham.

James completed his PhD from Southampton University in zeolite chemistry and catalysis and joined bp in 2010.

He is now the principal chemist at their research centre in Hull, working on heterogeneous catalysis, advanced characterization and process chemistry.

Dr Georgia Orton is a postdoctoral research fellow at the University of Birmingham.

Georgia completed her MChem (Europe) at the University of Sheffield in 2015 which included research projects on molecular sensors and thermoresponsive polymers. Following this, she joined the Hogarth group at King’s College London for a PhD focusing on producing biomimics of the iron-only hydrogenase enzyme as electrocatalysts for Hydrogen oxidation. In 2019 Georgia joined the Champness group as a postdoctoral research fellow. Georgia’s current research focuses on using Single Crystal X-ray Diffraction to characterise reactive species trapped within Metal Organic Frameworks and to understand their reactivity.

Yara completed her BSc at Maastricht University (Netherlands) in 2019 with a research project on designing titanium catalysts for polymerisation.

She then moved to the UK, where she completed an MRes in Catalysis at Imperial College London in 2020, working with Dr Andrew Ashley and Dr Maxie Roessler on paramagnetic iron complexes for N2 activation. She is currently a third-year industry-funded PhD student with Prof. Rebecca Melen at Cardiff University, for which she is developing precursors for thin-film deposition in semiconductors, and in addition is interested in main-group catalysis.

Russell Morris gained B.A. and D. Phil degrees at the University of Oxford and is currently Bishop Wardlaw Professor of Chemistry at the University of St Andrews. His research interests lie in the synthesis, characterisation and application of porous and layered materials including zeolites and metal-organic frameworks. His recent work on developing the ADOR approach to the preparation of zeolites offers routes to exciting materials that would not be possible using standard techniques. He is an elected Fellow of the Royal Society (FRS), a Fellow of the Royal Society of Edinburgh (FRSE), and a Fellow of the Learned Society of Wales (FLSW). He is currently Chair of the Dalton Transactions Editorial Board. He is the recipient of several awards including the Royal Society Brian Mercer Award for Innovation, The Baron Axel Cronstedt Prize from the European Federation of Zeolite Associations (2017) and the Royal Society of Chemistry Tilden Prize (2019).

The Dalton Community was formed in 1972 at the time of amalgamation between the Chemical Society and the Royal Institute of Chemistry, together with the Faraday Society and the Society for Analytical Chemistry.

A Perkin Division was simultaneously formed for organic chemistry, and has since become the RSC Organic Chemistry Community.

The list of past Dalton Presidents contains names of many of the most celebrated British inorganic chemists of the last 40 years.