Currently works in the Department of Macromolecular Sciences at Fudan University, Professor Chen develops bio macromolecule polymeric materials for use in cancer immunotherapy. 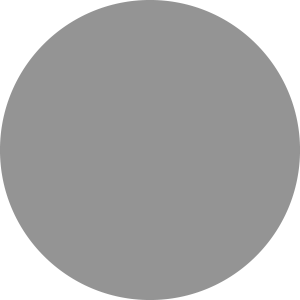 See all member profiles
The RSC has strengthened my relationship with my colleagues in the UK – they have helped me a lot. Professor Dave Haddleton gave me my first opportunity to speak at an international symposium. I’ve been grateful for that for the past 10 years.

Professor in the Department of Macromolecular Sciences at Fudan University

A lover of travel and the UK, Guosong explains how RSC membership has given her opportunities to meet and collaborate with colleagues abroad.

Guosong studied chemistry as an undergraduate at Nankai University. “Nankai has a strong background in the field of chemistry,” she says. “It’s well-known in China. At Nankai, I was trained as a supramolecular chemist by Professor Yu Liu. After that, I studied carbohydrate chemistry for my postdoctoral research with Professor Nicola Pohl at Iowa State University.”

After her studies in America, Guosong returned to China where she secured a position in the Department of Macromolecular Sciences at Fudan University. “I wanted to dive into this macromolecular field and try to solve the problems associated with carbohydrates in polymer reactions.”

Why did I join? I was interested in the funding opportunities that the RSC provides. I received a travel sponsorship to attend the Warwick Polymer Conference in 2012.

"I was also awarded the Newton Advanced Fellowship to visit the UK. But this was postponed by the pandemic. Hopefully, I will be able to go sometime in the future."

She values the platform that the RSC gives her to communicate with others.

A fan of travel, Guosong has visited her British colleagues many times. “I’ve visited Warwick three times and I’ve also been to Cambridge.

“The second NSFC-RSC Symposium was the reason I went to Warwick the third time. I also visited the UK for the 14th International Conference on Materials Chemistry in Birmingham in 2019. I was only in the UK for less than 48 hours. I arrived in London, went to Birmingham for the conference and then flew back.

Find your place in our community Ask a question about membership

Guosong values the opportunities RSC has given her to do research and improve her communication skills. “The Warwick conference is a very nice platform to communicate with other scientists.

“I loved the design of Warwick’s campus. The chemistry lab was also equipped very well. I learned a lot when I was there.

My students have also visited Warwick. A couple of them have been to the campus. I encourage them to join the RSC for the career benefits that they can get. The RSC gives opportunities for students to present their work in front of colleagues. I’m sure that they could also benefit from some sponsorship for travel.

“I also collect the RSC magazine and send it to my students to read whenever they have time. There’s a lot of valuable information available.”

“Ten years ago there was a series of symposia about the challenges in chemistry and I was able to meet friends in the UK for the first time. Events like these do a lot to support building relationships between Chinese and UK researchers.”