The most famous and popular meeting in the Heterocyclic and Synthesis Group calendar is the Lakeland Symposium on Heterocyclic and Synthetic Chemistry held in Grasmere every 2 years, next planned for May 2019.
This has been a fixture of the group's calendar for over 40 years and attracts organic chemists from all over the world to hear some outstanding heterocyclic and synthetic chemistry and enjoy the social interactions the format allows.

The meeting is able to attract top-flight speakers from across the world and is always over-subscribed.

A one-day meeting is held in early January in London and is followed by an AGM. This meeting includes six UK and international speakers.

We also hold a one-day Autumn postgraduate meeting, with a focus on early career researchers, usually at an industrial venue. The day includes plenary sessions, short talks from postgraduate students, a flash presentation session and a poster session.

The Group has enjoyed a long collaboration with the organic chemistry division of the Italian Chemical Society, including a series of joint meetings in alternate years, held in the UK and Italy. This meeting series has now come to an end, but future collaborative activities are planned.

50th Anniversary of the Heterocyclic and Synthesis Group

The Heterocyclic and Synthesis Interest Group celebrated its 50th Anniversary at its annual Autumn Postgraduate Meeting, held at Burlington House on 20th September.

This is the 32nd postgraduate meeting and it provided a snapshot of the outstanding organic chemistry being carried out by early career researchers from across the UK.  There were two plenary lectures and nine high quality talks from final year postgraduates.  The meeting also included 36 posters, with 26 of the poster presenters giving brief but informative flash presentations – a highlight of the day.  Congratulations to the three prize winners. 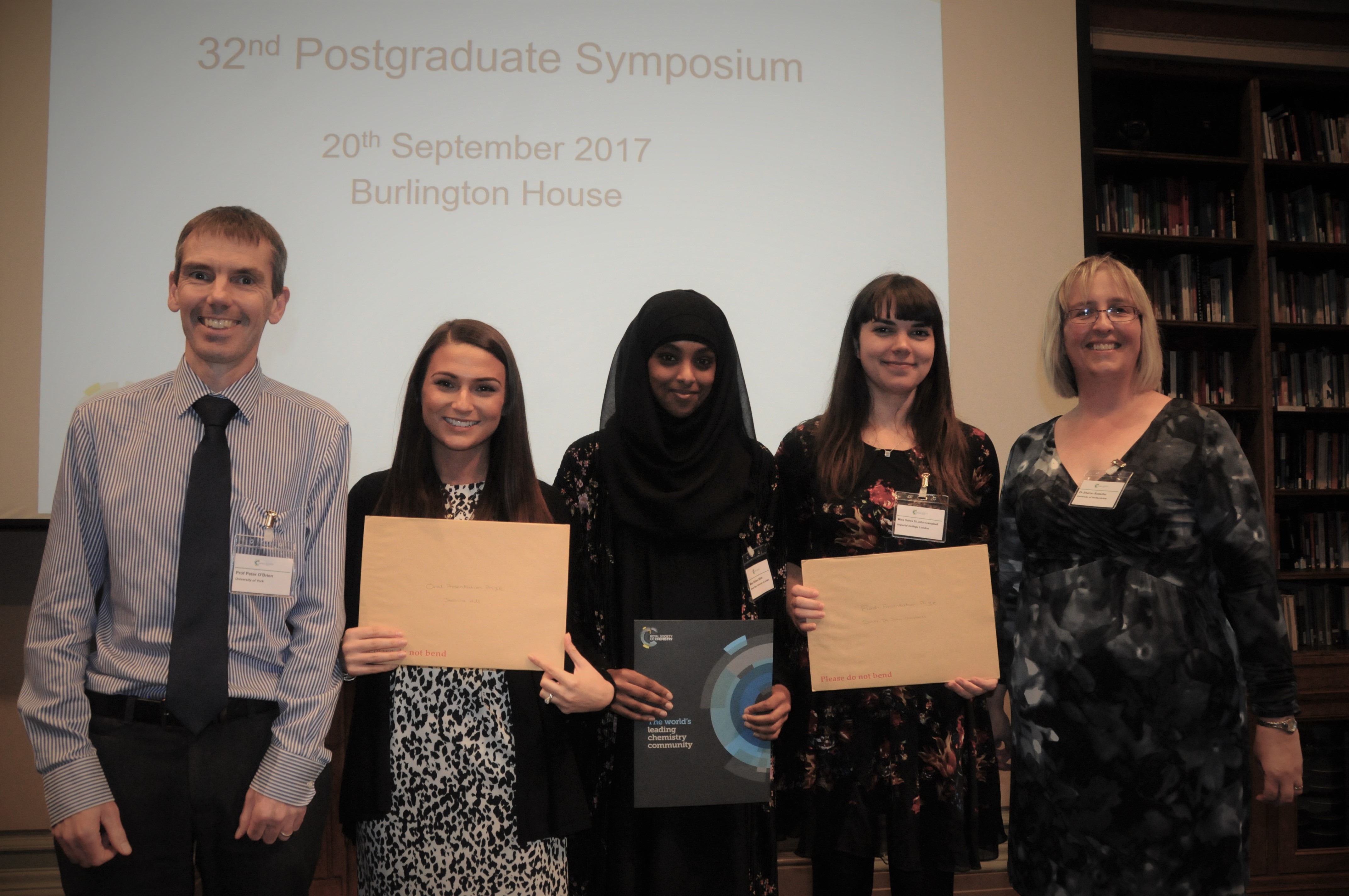 The day ended with a reception to celebrate the 50th Anniversary. Several of the past committee officers were able to attend.  The Heterocyclic Group was formed in 1967 by a group of heterocyclic chemists. It gained approval from the Chemical Society on 5th April 1967 and held its first scientific half-day meeting in September 1967. The first Chairman was Alan Katritzky (then at UEA) and the first Secretary/Treasurer was Gurnos Jones (Keele). In 2001, the Group voted to change its name to the Heterocyclic and Synthesis Group, to reflect the wider interests of its membership in synthetic organic chemistry. 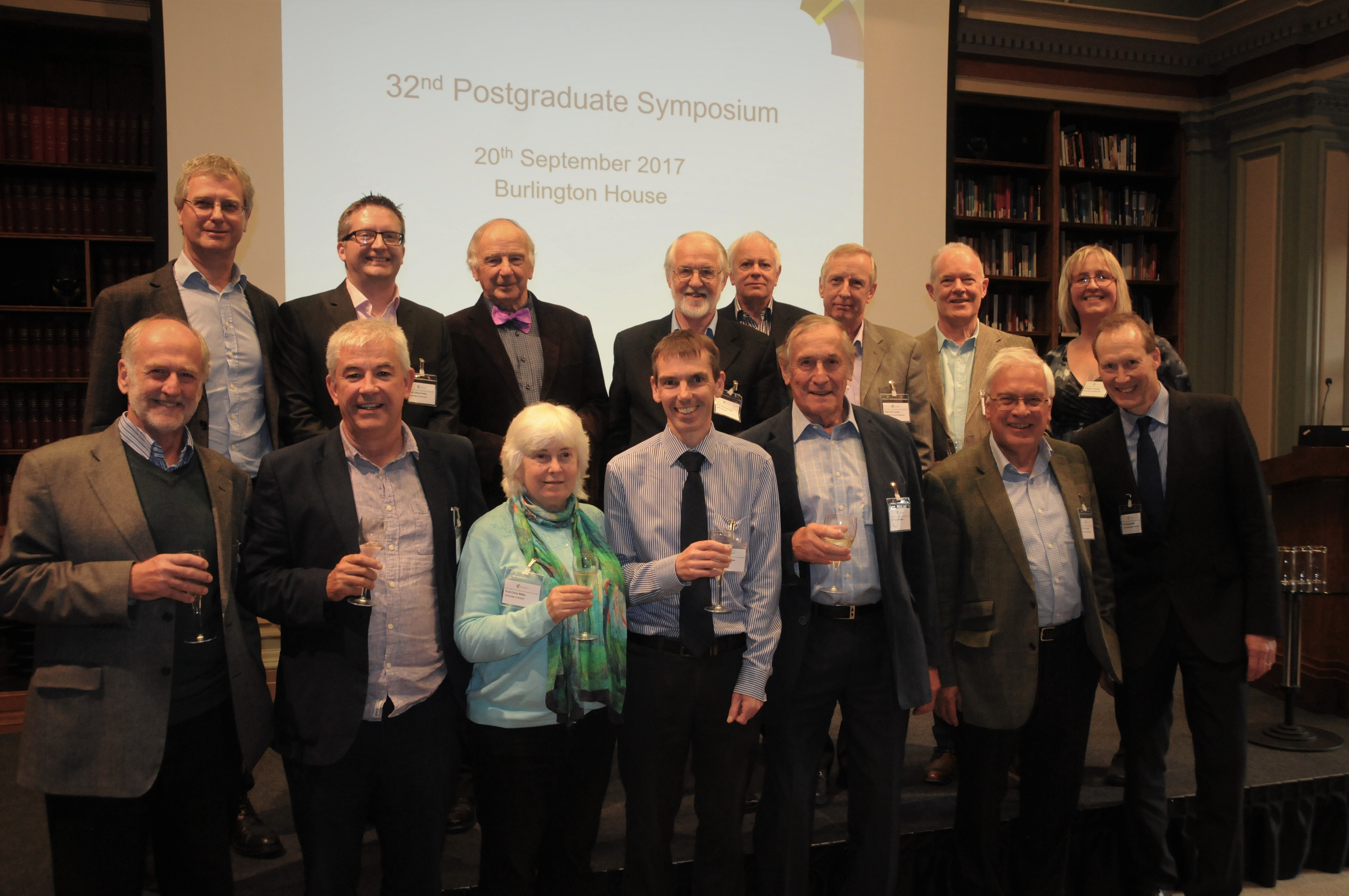 The Group continues to hold two annual one-day meetings; a London meeting in January and the Postgraduate Meeting in September.  The Group also holds its flagship conference, the Lakeland Symposium in Grasmere, every two years.  More recently, the Group has been involved in cross-group activities and is a co-organiser, with the SCI, of the annual Retrosynthesis Competition.

The Group welcomes new members from industry or academia, with an interest in synthetic organic chemistry.  The day was a wonderful occasion and, with such a vibrant postgraduate meeting, it is clear that the future of the group for the next 50 years is in good hands!