Chemical Landmarks are the Royal Society of Chemistry's official recognition of historical sites where important chemical breakthroughs have been made and are an RSC initiative to commemorate, emphasise and awaken public interest in historic developments in the chemical sciences.

Notably, the Thames Valley has seen a significantly large proportion of RSC Chemical Landmark Awards, reflecting the wealth of science that is and has been performed in the area.

The award took place at the University of Oxford Inorganic Chemistry Laboratory, which saw the unveiling of this award to celebrate the 30th anniversary of the discovery by researchers, Allen Hill, Tony Cass and Graham Davies, that led to the development of a unique electronic blood glucose sensor now used by millions of diabetics worldwide. 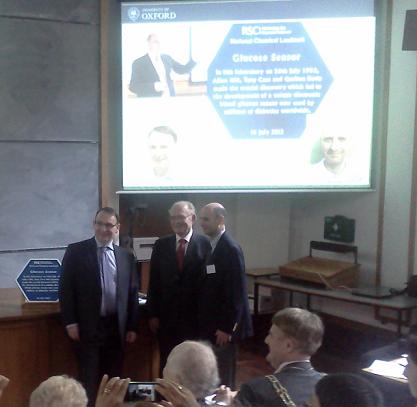 30 November 2010. In recognition of the 30th anniversary of the identification and development of cathode materials for the lithium-ion charged battery. 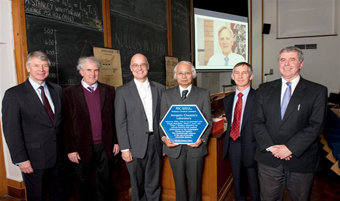 25 November 2009. To commemorate over 50 years of chemistry research and the 60th anniversary of the B220 laboratory. 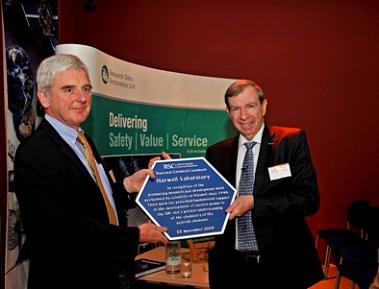 23 November 2007. In recognition of the pioneering work carried out by scientists at Jealott's Hill since 1928 which led to global developments in agriculture. 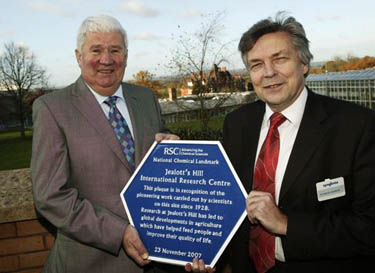 24 September 2007. For its contribution to science research and in particular for the work of H G J Moseley who established the concept of the atomic number. 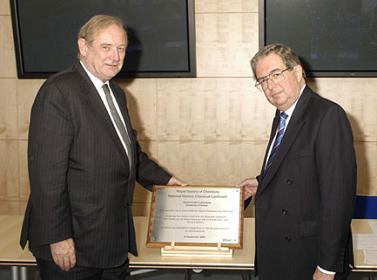 The work of Dorothy Crowfoot Hodgkin on X-ray crystallography 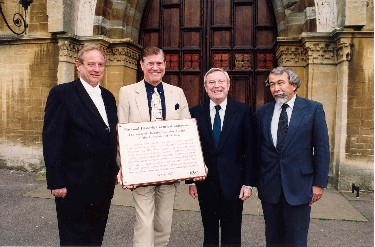