A chemicals strategy for a sustainable chemicals revolution

Current international attempts at the massive undertaking of addressing chemical pollution are not working. For the world to solve the major environmental and health challenges we face, there must be a sustainable chemicals revolution. We can only achieve this through senior-level engagement with the chemical sciences community through an authoritative, intergovernmental science-policy interface. Read on to find out how.

UN Science-Policy Panel (SPP) on Chemicals, Waste, and the Prevention of Pollution

In January 2022, we jointly hosted the Burlington Consensus with Defra. This was a roundtable of policymakers, academia, regulators and industry. Defra Minister Jo Churchill provided the opening remarks and the outcomes of the discussions aided negotiations at UNEA 5.2 in March, where the resolution to establish the SPP was successfully adopted.

There will be a new science policy panel for chemicals, waste and pollution. The question is now about scope, priorities and how it will run. The RSC and Defra held a follow-up meeting in December 2022, the Burlington Consensus 2. The dialogue continued with our members and international partners on how to incorporate scientific knowledge from all regions and the current issues of international importance that could be prioritised by the panel.

Watch the Burlington Consensus recording - science and policy's call for a global panel on chemicals, waste and pollution:

The first Open-Ended Working Group (OEWG) meeting was held in October, and established the OEWG Bureau and its rules of procedure. A full formal OEWG will be held from 30 January to 4 February 2023, to discuss governance procedures for the panel, function, scope and priorities for assessment. More information about the process can be found on the UNEP website. The RSC will be in attendance as an accredited UNEP stakeholder and member of the Technical Advisory Group.

The UK context for a new chemicals framework

From 1 January 2021, the UK must now take decisions on how chemicals will be managed, noting that Northern Ireland, under the NI protocol continues to operate under EU law. Building on our initial vision for chemicals strategy, we have drafted a document outlining the drivers and scope for a new UK-wide chemicals framework.

One of the key areas of the chemicals strategy is the implementation of a UK REACH regulation applicable within Great Britain. Firstly, the government have prioritised a risk management options analysis (RMOA) of per- and polyfluoroalkyl substances (PFAS) as part of the first phase of restriction work under UK REACH. We are bringing our community’s perspective and scientific evidence on PFAS to the relevant forums as the policy work progresses. 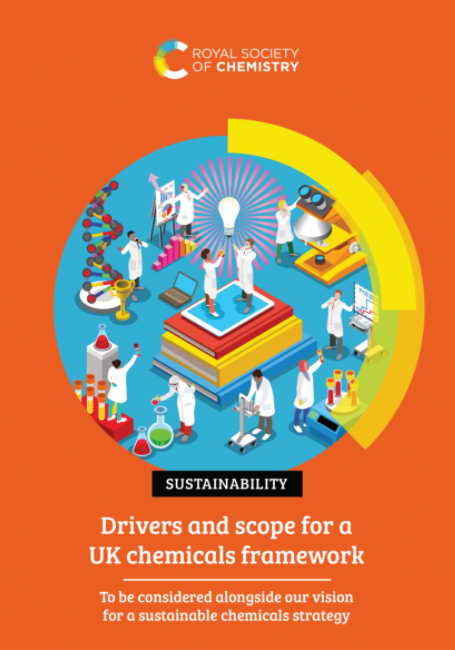 Download the full policy position where we present our vision statements for each pillar of a future chemicals strategy on a 2030 horizon. 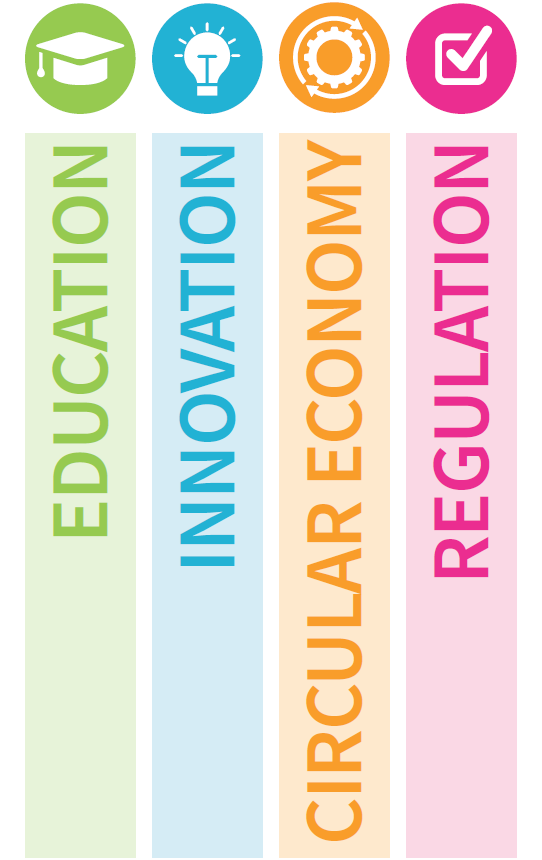 Per- and polyfluoroalkyl substances (PFASs)

The carbon-fluoride bond is one of the strongest in nature, making these substances highly persistent and bio-accumulative. PFASs can contaminate soil and drinking water sources and have been found in rivers and lakes. Combined with their widespread use and increasing evidence of toxicity, concerns are being raised about their impact on human health and the environment.

The Madrid Statement, was signed in 2015, by scientists from around the world calling on scientists, governments, manufacturers, and consumers to take actions to limit PFAS production and use.

The Stockholm Convention has recently classified certain PFASs under Annex A, meaning all signatories must eliminate their use. Exemptions are made for semiconductor manufacturing, protective industrial clothing, medical devices, and some fire-fighting devices.

Following from the United Kingdom's exit from the EU, GB REACH was created to develop the UK's future chemicals regulatory framework. Northern Ireland is excluded from the framework based on the Northern Ireland protocol of the Brexit Trade and Cooperation Agreement.

We also held an event in June 2022 on Risk and Essential Use. As part of the discussions on a UK Chemical Strategy, the government needs to find pragmatic and proportionate ways forward in chemical risk management and decision-making that society can trust to keep them safe whilst enabling innovation. At the event, we discussed these issues with around 60 delegates, bringing natural scientists, social scientists and policymakers together to discuss risk and precaution in chemicals policy and chemicals safety decision-making. A report on the contents of the workshop can be downloaded below:

We believe that the chemical sciences are making an important contribution. We have developed our initial policy position on risk-based regulation for PFAS, including our proposal of a 'traffic light' approach to prioritisation, and you can download that below:

Solving the challenges of PFAS - our introductory workshop

We held the above in March 2020. The workshop illustrated how our four pillars for a sustainable chemicals strategy can be applied to this example:

Listen to the speakers at our workshop

Our events on PFAS were chaired by Dr David Megson of Manchester Metropolitan University. Speakers at the March workshop have made their presentations available to download below:

In line with the European Green Deal, the EU Chemicals Strategy for Sustainability strives for a toxic-free environment, where chemicals are produced and used in a way that maximises their contribution to society, while avoiding harm to the planet and to current and future generations. This will be achieved by simplifying the fragmented EU chemicals regulatory system and revision of REACH regulations. The European Commission published a chemicals strategy for sustainability in October 2020 outlining an extensive agenda.

The Commission aims to extend its generic approach to risk management to ensure that consumer products do not contain chemicals that cause cancers, gene mutations, affect the reproductive or the endocrine system, or are persistent and bio-accumulative (such as PFAS). The chemicals strategy explores the possibility of shifting from traditional production and use of chemicals to "chemicals as a service". Chemical risk assessments will also take into account the cocktail effect of chemical mixtures, group persistent chemicals for their phasing out and regulation, and properly define the criteria for essential uses of these chemicals across EU legislation.

The Commission aims to boost use of digital tools and establish a research and innovation agenda, to ensure a coordinated exchange of information on enforcement of chemical legislation and harmonised EU-wide response. The strategy intends to move towards toxic-free material cycles and clean recycling to ensure that substances of concern in products and recycled materials are minimised.

The EU also aims to step up its international advocacy to meet the UN 2030 Agenda for Sustainable Development through international cooperation and promoting its high standards by not exporting chemicals banned in the EU.

Recently, the EU has established a high-level round table and EUCheMS is a member of this group. As members of EUCheMS, the RSC will collaborate with our EU partners to help ensure the best science feeds into the EC endeavour. Net zero: the progress we have made so far