It was an act of chivalry befitting the most noble of gentlemen. Yet for French chemist René Jacques Lévy, it was to be the last gesture he ever made.

Moments after he gave up his seat on one of the Titanic's lifeboats for a fellow female passenger, Lévy bid farewell, stayed on deck and was never seen again.

To commemorate the outstanding act of gallantry the Royal Society of Chemistry is awarding Lévy a special posthumous President's Award. It will be received by one of Lévy's descendants.

The Royal Society of Chemistry recently unearthed the story of Lévy's life and times among the archives of a Jewish genealogical society based in France. The RSC will announce the special award at an upcoming event at its Chemistry Centre in Burlington House, Piccadilly, London, involving senior French and British scientists. The event will also remember Lévy's work for several years as an industrial chemist in Manchester for Clayton Aniline Company, a British manufacturer of dyestuffs. 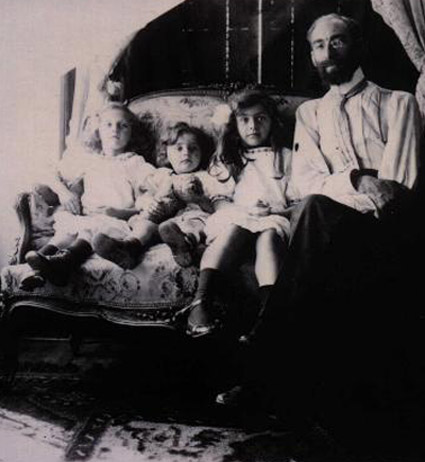 Msr Levy at home in Montreal with his three daughters, Andrée, Yvette and Simone

French-born Lévy was not due to be on the Titanic at all. He had emigrated to Quebec, Canada in 1910 with his wife and three young daughters. A family funeral saw him return to France in 1912 and Lévy had originally been booked to return to Canada via New York on board the France. But learning that the Titanic could bring him home 10 days earlier, he changed his plans and opted for a second class cabin on board the doomed passenger liner.

After lunch on 14 April 1912, Lévy was on deck with Noel Malachard and Marie Jerwan, two passengers he shared his cabin with, when the Titanic struck the iceberg. Jerwan, the American woman of Swiss origin whom Lévy gave up his seat for, later recorded the last moments on the boat in her diary. Jerwan had also planned to travel on another liner called the Olympic, the "twin brother" of Titanic, but changed her mind when she heard the Olympic had been sent for repairs at Belfast's Harland and Wolff shipyards having sustained rotting on one of its propellers. After the Titanic struck the iceberg, Jerwan, who had been up to the embarkation deck to see the iceberg, warned Lévy of the potential danger, but he appeared relaxed and just smiled. As the enormity of the disaster was realised Lévy, together with Malachard and another cabin-mate, waited at the B-Deck starboard side for Jerwan telling her they would take care of her.

They went to the Boat Deck and Jerwan was helped by them into lifeboat 11 and lowered onto the water. The men waved their hands and shouted '"au revoir!" as the boat was cast off. Levy was never seen again and his body, if recovered, was never identified. He was 36 years old. 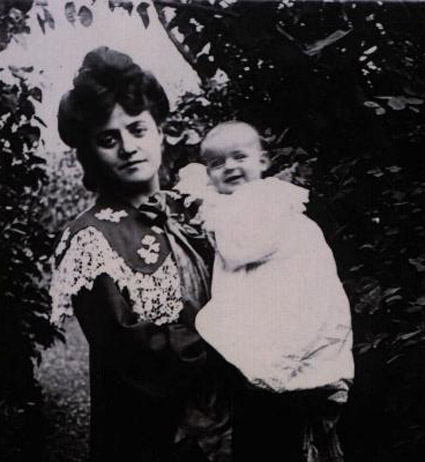 Jeanne Lévy with one of their baby daughters

René Jacques Lévy was born on 7 July 1875 in Nancy to parents from Alsace. The Lévys were forced to leave their home following its annexation by the new German Empire in 1870-1. Lévy was a student in the lycée, then a student in the Faculty of Sciences, becoming a bachelor of physical sciences. He graduated as a chemist from the Chemical Institute of Nancy.

In 1897, Lévy threw himself into a career in industry and moved to Manchester where he worked in the research laboratories of Clayton, managed by Lévy's uncle, Charles Dreyfus. Lévy worked in England for five years. Chaim Weizmann, the future first president of Israel, also worked at Clayton joining as a part-time research consultant in 1905 leaving three years later to pursue an academic career.

Lévy's expertise as a chemist were in high demand as the company was busy producing colour-dying materials, which later helped to equip the army and navy with the khaki and blue uniforms that became vital in World War I. Following Lévy's death at sea, Clayton also won lucrative contracts during WWI to produce 1,500 tons of TNT.

Lévy himself returned to Paris and married Jeanne Royer, a teacher, in July 1903 before the family emigrated to Canada. Jeanne lived in Montreal until her death in 1955, aged 73. Two of the Lévy's daughters, Simone and Andrée, also lived in Canada while the third daughter, Yvette, married a Frenchman Andre Ach, and the couple lived together in Paris. 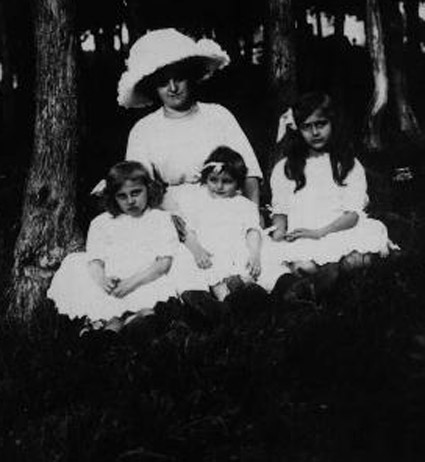 Jeanne Lévy with her three daughters

Terry Zakine, who has chronicled the Lévy family history over the last 100 years, said she was delighted to hear about the award: "I am not a direct descendant of René but we both descend of Abraham Dreyfus from Rixheim in Alsace.  I heard many stories about him since I was a little kid, but we never knew all the details. It was only when I began researching family genealogy that I found out about them.

"René was a brilliant chemist and made several meaningful inventions, he also was kind hearted man of honour and a real gentleman. I feel so proud of him and rejoice the fact that his descendants will now have a tangible proof of his great work and the satisfaction to know it has been formally and publicly acknowledged."

RSC President, Professor David Phillips, said: "It is unusual for the Royal Society of Chemistry to offer an honour posthumously, but in the centenary year of the sinking of the Titanic, I thought it entirely fitting to recognise the bravery of a gallant man, and fellow chemist in this way. Chemists as professionals play an important role in the life of society; it is good to be able here to acknowledge the humanity and decency of one of our erstwhile colleagues."

In Lévy's obituary written in his old university bulletin, Lévy was remembered as a man with a "constantly active mind" which helped him, along with his friend André  Helbronner, to patent a process for distilling liquid air. It concluded: "Everywhere he has left behind the memory of a passionate and tenacious worker, backed up by a vivid intelligence; his friends always appreciated his high morals; the uprightness, sincerity, modesty that one suspects one encounters increasingly rarely." 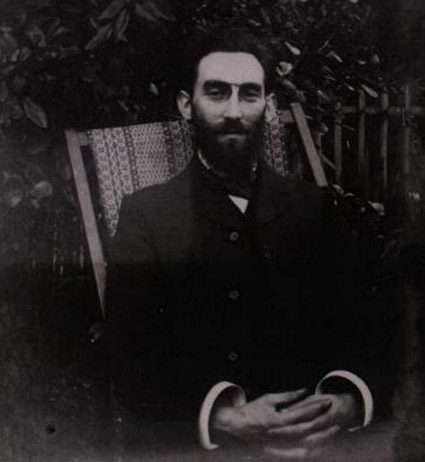 Rene relaxing at home in Paris

·The Chemical Institute of Nancy is today known as the School of Chemical Engineering (ENSIC).

· Author Bill Bryson was the last recipient of the Royal Society of Chemistry's President's Award in 2005 for services to advancing the cause of the chemical sciences.